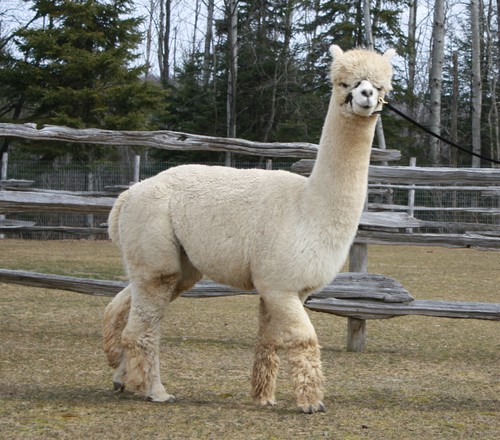 Sire of Grey and Black Champions!!!

Sire: Qolmesa Seville
| 30801585 | Beige |
2004 Alpaca Ontario Halter Show Reserve champion. Seville has fiber that is ABSOLUTELY amazing. It has the deep bold crimp structure that a breeder is looking for. The fiber is extremely dense and has lots of lustre and shine. The bundling is obvious as soon as you open it. 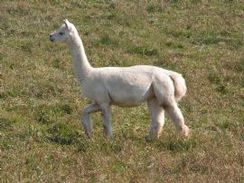 We have several of his daughters in our foundation herd that are either black or they go on to have black crias when bred to colour!

He has impacted our breeding program immensely!

Cortez is absolutely spectacular! A large male with perfect conformation. Fine fleece with incredible crimp, brightness and density. Great temperment to top it all off.

Did we mention unique lineage? Take a look at his AOA certificate

His Dam is Cperuvian Cara (Angel), who always produces Champions for us and his Sire, Qolmesa Seville, had very limited use on a small farm.

Qolmesa Seville was the Reserve Champion Male at the 2004 Alpaca Ontario Show! We bought a breeding from him for Angel. It was the only breeding he did in Canada before he left to live on a small farm in the U.S.A.
Cortez is the result of that breeding and the only Seville offspring in Canada!

Cortez settled his first females in Spring 2009. His crias look incredible!....HE HAS THROWN EVERY COLOUR FROM WHITE TO BLACK!!** 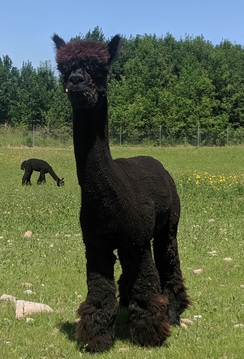 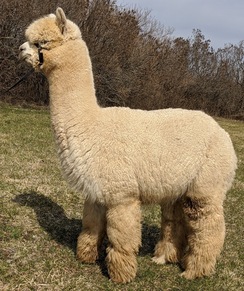 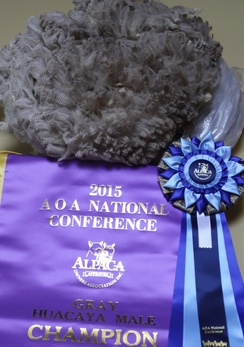 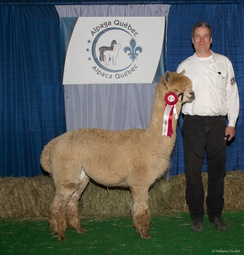